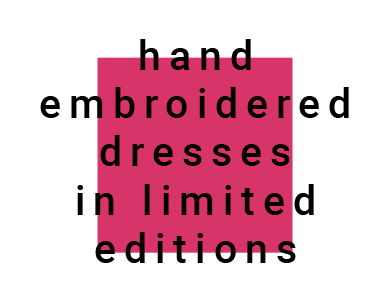 Designed in Berlin and hand crafted in Argentina

It all began in 2009 when Guillermina Ackerman entered a completely new field and started knitting. At first the clothes were only for the own kids but too many people started asking about those cute dresses and vests. A year later the first collection was done and although many lessons still had to be learned, it was a success. The clothes sold well both in the first shops in Berlin and also in two direct sales that were done at a public park and in our own apartment.

Now in it’s sixth year, coquito became a real family business where the concept, design, production and shipping is done by Guillermina and Maria Ackerman out of Argentina, operating under the name ‘ibino’. The operational side including this webshop is managed by Guillermina’s husband David Eitzinger. Guillermina and David were sailing three around the world with their two children, always on the look out for new inspirations, beautiful materials and new exciting craftmanship. After these wonderful three years of sea nomad life, the family is back in Berlin and is on the outlook for new challenges and eager to bring coquito to the world.

Read the interview with Guillermina about the story of founding COQUITO BERLIN.